Playing ice hockey is great way to get exercise and have fun. Before you join an ice hockey team, you must have the proper skills, equipment, and understanding of the game. Here is all the info you need to get on the ice in no time. 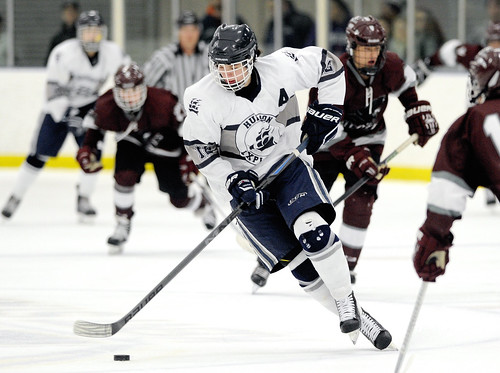 You should be able to skate forward and backward, turn quickly, maintain your balance, and have good edge control. If you know how to skate but haven’t been on the ice in a while, head to a local rink and take advantage of open skate hours. If you are new to skating, sign up for a beginner skating class.

Once you are a competent skater, you can move on to stickhandling. A player with good stickhandling skills can create scoring opportunities and maneuver around opponents. You should also be able to pass and shoot the puck accurately. Practice your stickhandling, passing, and puck shooting skills on the ice and at home.

A hockey team has six players on the ice at a time. Each team has one goaltender who defends the team’s goal and prevents the opposition from scoring. The team’s defensemen prevent the opponent from scoring and try to get the puck away from opponents back to their team. Each team has three forwards, referred to as a left wing, center, and right wing. The center takes faceoffs and covers the ice at the center of the rink. The left and right wings play along the sides of the rink and are the primary goal scorers.

Hockey is easy to play and follow once you know a few simple rules:

Penalties are called when players violate rules with their sticks or bodies. Players that receive penalties must spend time in the penalty box. Minor penalties are two minutes long. A major penalty or game misconduct can last from five minutes to the rest of the game. When a player is serving a penalty, the team is left short-handed on the ice. The opposing team is then on a “power play” for the entire penalty time. If the opposing team scores a goal during a minor penalty, the power play ends early.

Hockey has a language of its own. Make sure you are up to speed on the lingo. A few of the most commonly used phrases include:

To find a team, check out your local ice rinks for pickup games and beginner hockey leagues. You can also use websites such as Hockey Finder or USA Hockey to find pickup games and leagues near you.